← more from
Icons Creating Evil Art
Get fresh music recommendations delivered to your inbox every Friday.

Closed My Eyes (The Field Remix)

by Promise And The Monster 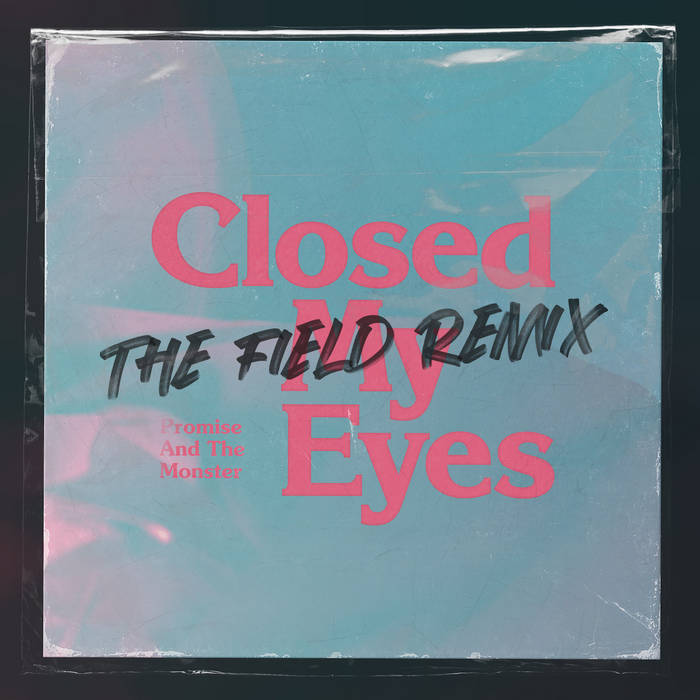 Having established herself as one of Sweden’s most esoteric and mesmerising songwriters, with critical acclaim from Uncut, Mojo, The Clash and Pitchfork, and shows with the likes of Chelsea Wolfe, Mark Kozelek and Jens Lekman in recent years, Promise and the Monster (aka Billie Lindahl) returned in 2021 to deliver her latest sweeping EP "Chewing Gum". Lifted from the enticing EP was first single "Closed my eyes", which is now brought back to life by acclaimed ambient techno producer The Field in a ethernal body beat remix.

Capturing more of that dark yet enticing sound that she is known for, original track ‘Closed My Eyes’ makes for an incredibly rich and inviting experience. As her debut single through new label Icons Creating Evil Art, the single sees her re-emerge in a whole new light, channelling a smooth and lofty aesthetic that sets her uniquely powerful front and centre.

Speaking about the new single, Billie said, “I wrote 'Closed My Eyes' surprisingly quickly after thinking about the ambiguity in that image, closing one's eyes for various reasons. It was good fuel. The women in this song are out roaming in the streets. Marilyn is famous and Kimberly and Brenda got killed by Ted Bundy. The song was pretty easy to record compared to the other songs - it was a Paranoid moment so to speak. You know when Black Sabbath recorded their album Paranoid they just needed an extra song and came up with that riff, and bam: history. It worked just that same way with this song.”

While adding on the new remix, "I asked Axel in the midst of the pandemic to do a remix from the Chewing Gum ep and luckily for me he was up to it. He picked Closed my Eyes, and I listened to it a couple of weeks later, walking over the Västerbron bridge in Stockholm when the jasmin was blooming, and felt like I could just be in it forever. I really like the dry vocals and down pitched choir in the end and he just transformed the original song into something weird, fluid and playful that's amazing."

Combining affinities for classic pop (Lionel Richie, Kate Bush), shoegaze bands (Slowdive, My Bloody Valentine) and 90s experimental ambient (Seefeel, Wolfgang Voigt’s Gas), Axel Willner’s background in punk and avantgarde electronics came to full bloom with his widely acclaimed The Field project. Signed to Kompakt in 2004, this monicker saw him constructing ambient techno based on a stoic motorik and a perpetually rotating hook, with the debut full-length "From Here We Go Sublime" receiving highest accolades from the likes of NME, the BBC or Pitchfork - who went on to place it inside the Top 200 records of the decade. According to Metacritic, it was the best-reviewed album of the year, tied with Untrue by Burial.

While turning in excellent work with side projects Loops Of Your Heart and Hands, Willner also released "Cupid’s Head" in 2013, his fourth album as The Field, which has been hailed by Resident Advisor as "one of Willner’s most affirming and beatific creations to date", and follows it up by the 2016 full-length offering "The Follower". Two years later, The Field presents his sixth full-length album "Infinite Moment", which sees him striding further across the deeper, richer rims of the hue cycle. In Willner's own words, "the threshold of creating something new had to be broken", as had been done with his past albums, including his acclaimed debut 'From Here We Go Sublime'.

Promise And The Monster Stockholm, Sweden

Promise And The Monster has established herself as one of Sweden’s most esoteric and mesmerising songwriters, with critical acclaim from Uncut, Mojo, Clash and Pitchfork, and played shows with the likes of Chelsea Wolfe, Mark Kozelek and Jens Lekman in recent years. Now she is back with new music on label Icons Creating Evil Art. ... more

Bandcamp Daily  your guide to the world of Bandcamp

Damu The Fudgemunk shares his recent collab with Def Pressé, plus jams from Common and more